Well we had 2 DBM games on the go on Saturday and the guys brought along a load of troops so I took the chance to get some close-ups of different types. The battle reports will follow . . . 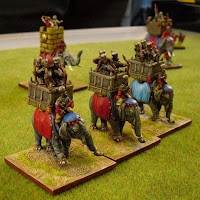 My brother Davids elephants, most were not taking part in the battle but worth showing anyway. 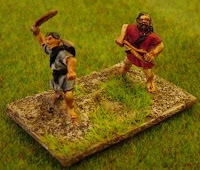 Some of Roberts light troops. 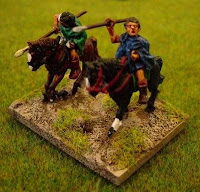 And some of his light horse. 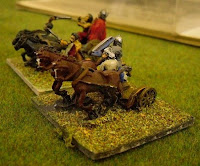 JP's hard fighting Celtic chariots that have been kicking every ones ass for a while!

Stuarts horsebox, Sassinid cavalry as far as the eye can see! 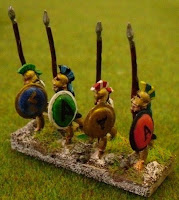 Some of Roberts Greek hoplites. 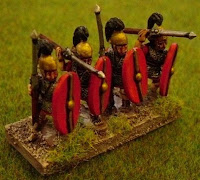 And a little snap of some Romans from Roberts vast collection of figures.