It's all Greek to Me!

This is the 1st of 2 DBM battle reports of the day with a Greek army in action. Actually probably Macedonian but it's roughly the same period and I'm sure there were Greek mercenaries in the army? 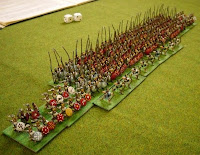 For a nice change JP brought along a different army to fight David's growing Roman legions. 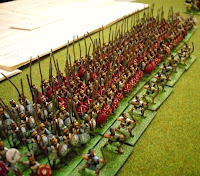 And very colourful it looked too.

As well as all the spears and pikes JP had included 2 nice efelumps.

David's Romans with skirmishers out front ready to do battle with the enemy.

And his new Roman auxiliaries that I persuaded him to buy up at Kirriemuir. 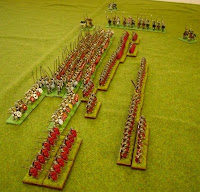 Alexander and his merry band. 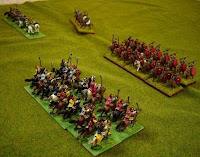 A face off with Alexander and David's Roman cavalry. 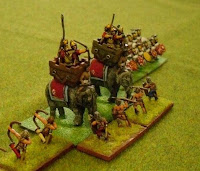 Davids 1st attempt at taking down the efelumps that ended in failure. 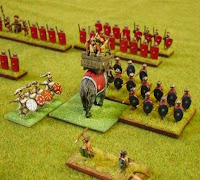 Davids 2nd attempt at taking down John's Elephant and this time successful.

In the end it was a victory for John. A very nice looking DBM battle.