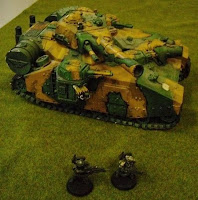 Well it was a late start for the Johns today, I think a warhammer fantasy game was planned but some confusion on times and what to bring ended in a 4oK battle with the good guys versus, well the good guys! Personally I was a little glad as I got to see a Bane Blade all painted up. A rare site outside of a Games Workshop Codex or Website. 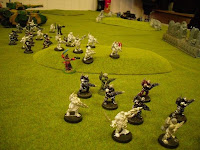 Young Martin (assisted by John) was in control of the Imperial Guard dudes. 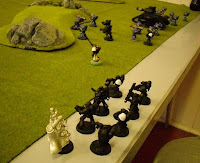 While Thomas the baby face (assisted by Jon) was in charge of (my personal favourite) the Black Templar's.

I don't know much about what happened in the game as I was busy getting humiliated on another table but it sounded really fun. Here is the Black Templar's Champion painted by Thomas. 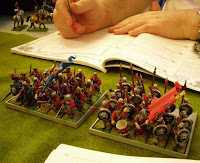 Here is a little snap of what was going to be on the go today. It would be nice to see a full battlefield with these characters
Posted by Paulalba at 14:01