Didn't pay much attention to this 1 a few weeks ago as John M and myself were too busy giving the younger lads at the club a lesson in kicking as and rolling dice . . . Yeah, who's the daddy!!!! 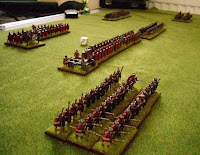 So some pretty pictures of some colourful troops. All these troops are from the collection of David P

Who buys the best Christmas presents?

Don't turn your back on me when I'm photographing you! 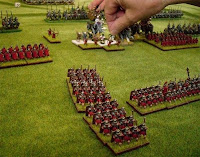 See their doing it again!!! 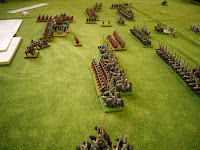 In the end a Sassanid victory I believe?

I'm surprised they recovered from the many times I got them wiped out against the Greeks!
Posted by Paulalba at 15:34