Been too busy at work to post updates so this is 1 from a few weeks ago. 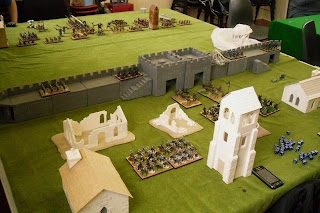 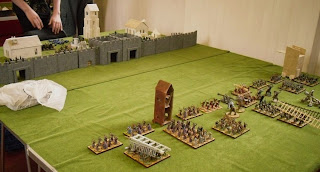 David was in charge of the evil forces intent on getting over or through the walls to the man flesh beyond. 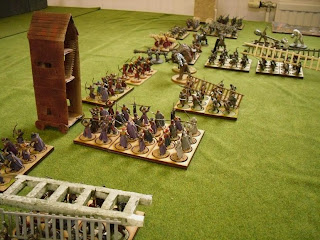 The David's LotRings armies continue to grow if at a slow pace compared to the rest of their armies but they are still very impressive. 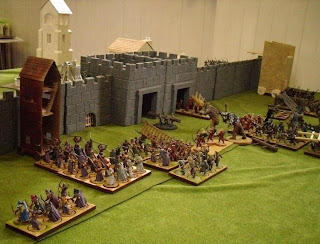 I'm not sure of the spelling (and I am too tired to look it up) but the haridin are all recent additions to their army and make a nice change to the abominations of orks and goblins etc in the evil ranks. 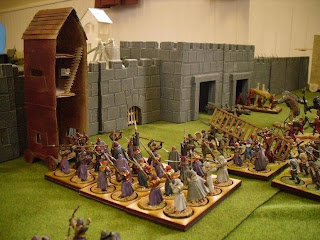 The bad guys move into the walls hoping to scale them and kill all within. 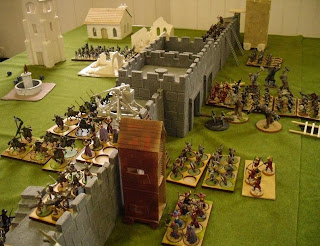 All of the walls, building s etc come from the David's collection. Some still to be finished off 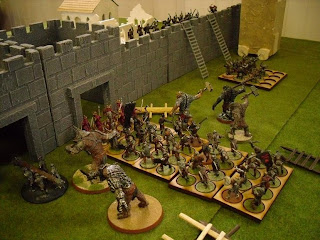 The big guns are brought up. The trolls in LotR's are similar to the tiger tank in WW2, heavy, slow and not that many around but do a lot of damage when given the chance. 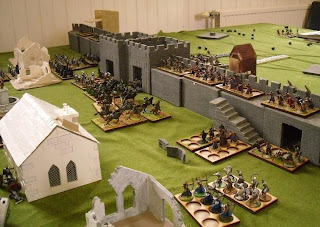 Things are starting to look pretty bad for the forces of good. The Riders of Rohan have stormed forward to try and stem the tide. 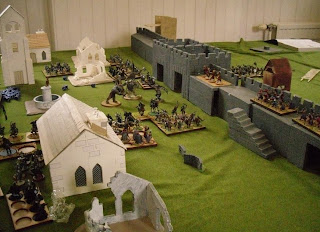 It's too late, the big guys are in and nothing's going to stop them!!! 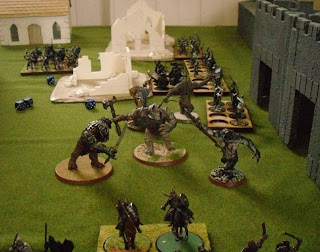 The last of the Rohanians have turned and fled and the baddies will eat who is left around. In the end a win for the forces of evil. Well laid out game guys, you should be proud of yourselves. Martin painted a good amount of the figures on show too!!!!
Posted by Paulalba at 15:52