It has been a good long while since our last update basically because I haven't been to the club because of work. I dropped down last Saturday and managed to take some pics of a couple of games. 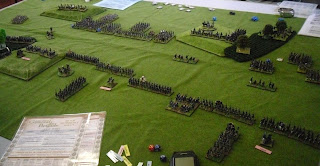 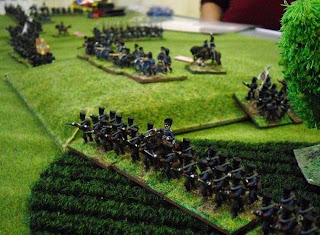 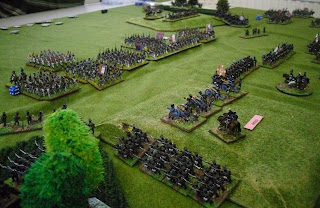 Against the massed hordes of French infantry. 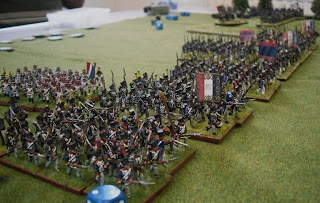 For once John M had his good dice with him and things were looking good for the French.

We men taking their orders from the magic hand. 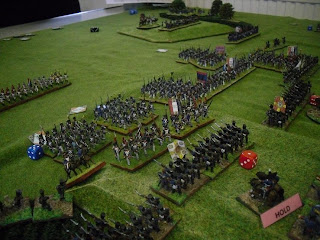 Pretty soon the French battalions were knocking on the Prussians doors asking for beer and sausages. 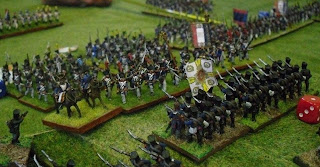 The Prussians refused so the Frenchies decided to take it by force. I believe this was the 1st outing for the Davids newly finished young guard? 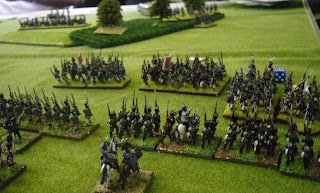 And they took full advantage of the weakened Prussians and smashed right through them.


In the end a total victory for the French smashing all before them.
Posted by Paulalba at 00:19