Catching up with some of the games on show at Law from a month of 2 ago. 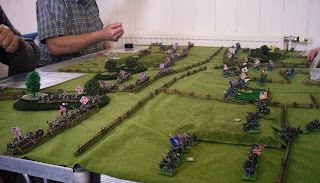 This 1 is from a game of 15mm ACW played with the Johnny Reb II rules between David P, Robert T and David C.

This looks to me to be 1 of the most attractive ACW games put on at the club. The Rebs are David P and the Union are from Robert T's collection. The guys have used the GW battle Mat and the fences and basing match it really well. 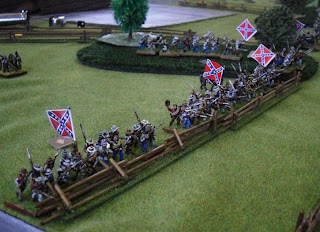 Davids figures are a complete mix of figures from many different companies that help bring his units to life. 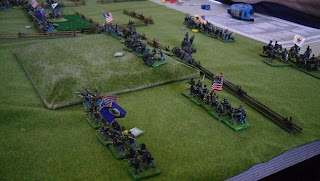 Don't know much about Robert's troops, maybe he will fill us in?
Posted by Paulalba at 07:15