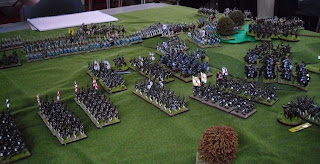 The scene was set in 1812 with the Austrians and Saxons against Russians. 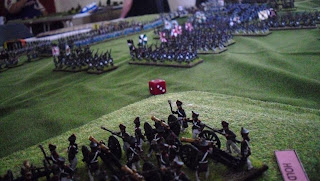 Have to say I was well and truly humped with only a cool action from my cossacks smashing into the flank of a faltered Austrian cuirraser regiment lead by my CinC the only highlight for me! 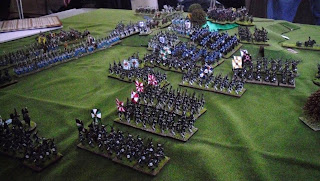 Roberts experience showed as did my poor tactics! I stupidly didn't put my lights out in front to slow the slaughter as I advanced and my cavalry was jammed over on the right. 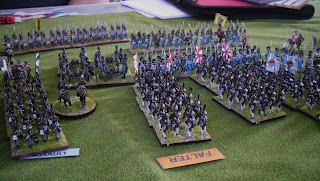 My advancing columns were shot to pieces as the approached. 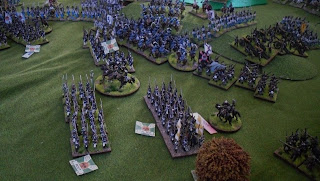 And in the end my troops were chased away pretty easily.
I have to add my positioning of my guns was also very poor!
Posted by Paulalba at 13:24