I dropped by the club on Saturday to take a few snaps of the action. Four nice games on the go with this Space Marine battle being the pick of the bunch. 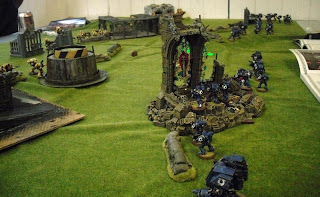 Cool terrain and figures on show 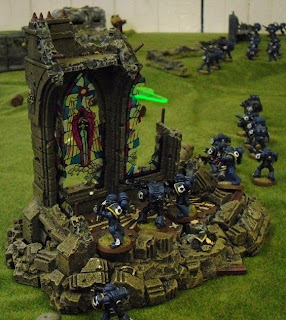 Cameron and David were fighting out this 1. 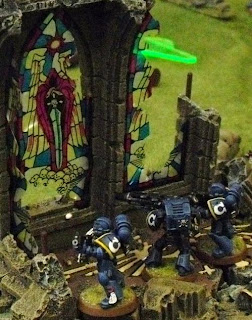 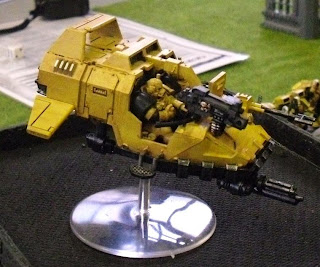 Some of Cameron's cool kit

Can't remember the name of them (Imperial Fist?). 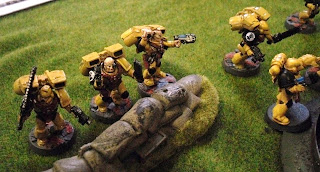 And my favourite Space Marine guys with their jet packs. 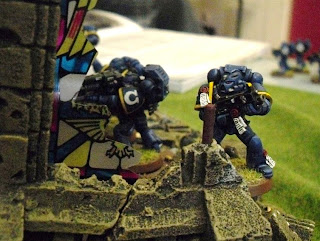 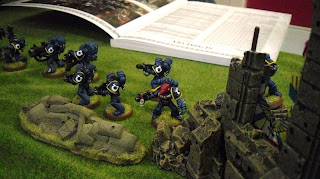 More of David's Ultra Marinesholding the line. In the end Cameron smashed Davids army to bits ;0)
Posted by Paulalba at 23:59